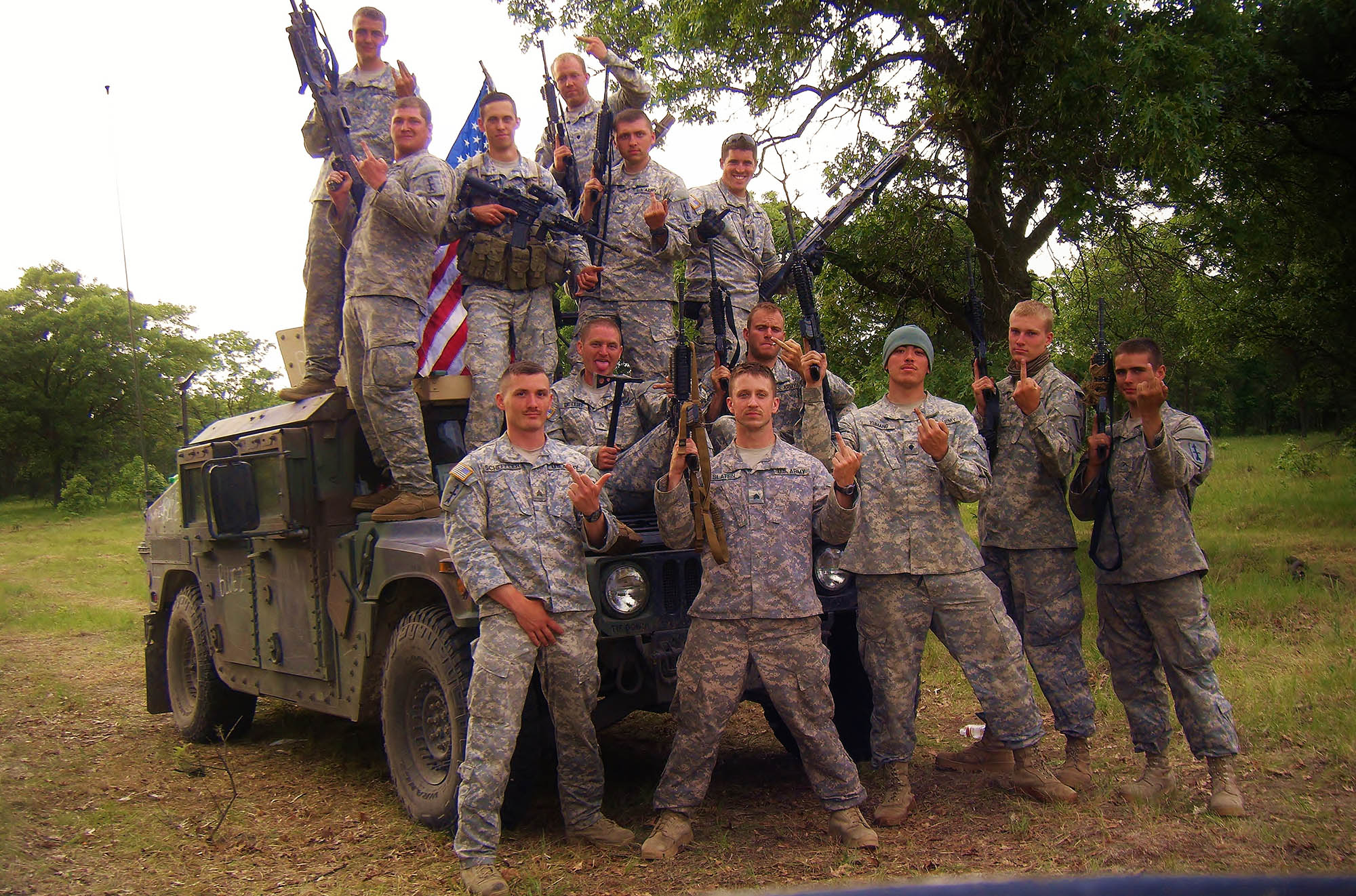 I went to (and completed) basic training in the summer of 2009.  This was when everybody was going to Iraq and Afghanistan and the drill sergeants were coming straight home from war.  They were angry, and ready to relentlessly destroy new soldiers to prepare them for battle.  In 2009, you were almost guaranteed to be deployed to Iraq or Afghanistan.
I went to Fort Knox, Kentucky to become a Cavalry Scout (19D).  Cavalry Scouts have a thing called OSUT (One Station Unit Training) which means that basic training and AIT (Advanced Individual Training) are combined.  This means after 'Basic Training' is completed, you wake up the next morning and nothing has changed.  You are still in the same place, with the same friends, the same enemies and the same drill sergeants.

How Hard is Basic Training?

The answer to this question is going to be different for every single person as it depends on so many different factors:

What is your MOS?

What year are you going / what year did you go?

What platoon did they assign you when you arrive?

Which drill sergeants are running that platoon?

Do the drill sergeants single you out day one?

How physically fit are you?

Do Not fuck up.

Keep your weapon on SAFE at all times and dust cover closed.

Do Not back-talk anyone of authority.

Do Not negligently discharge your weapon.

Do Not flag anyone at a range.

If you do any of these things, you will be crushed into oblivion.

Never:  ask a question like that one^   The answer will be:  "There is no supper, and, "Go inchworm my mutherfucking hallway until the walls sweat"

Just don't ask any questions... a good rule of thumb.  And always pay attention to detail.

During Basic, I had no contact with the outside world (no news, no internet, no computers, no phones, no music, no anything.)  The only way you can learn about what's going on outside the walls of basic training is through the occasional letter you get from home, or the occasional phone call you make.. maybe once a week or every two weeks after a month of being there.

The people around you are suicidal:  One kid killed himself 2 weeks into it while I was there, I didn't really know him.  There were also stories/rumors of other people attempting suicide by jumping out of windows and things of that nature.

Some people pretend to be suicidal or crazy.  Some people legitimately become suicidal and go crazy.  Around week 4, one chubby kid was getting harassed so hard by a group of drill sergeants that he 'broke' and started smashing his M16 into his forehead repeatedly until blood was coming out everywhere.  Another 'crazy looking kid' stole a bayonet from the bayonet course.  He hid the knife in the ceiling panels and was planning on killing a drill sergeant later that night but got caught just before he tried.

One day we (the basic training kids) had to fight each other in the sand pits.  The drill sergeants told us that if anyone could knock their opponent unconscious, the winner would get extra food later that night.

Another day we were at some obstacle course and some kid fell straight off the rope crawl thing and fell 20 feet onto a small mat, straight on his back.. Somehow he was okay, lol.

The majority of new soldiers at basic training are around 18, 19, 20ish.  A few are 30ish and we had one old guy named McClary who was 40 something.  The drill sergeants loved to pick on him.

During Ruck Marches, you march up to 20 miles.  We had crappy Vietnam-era ruck-sacks.  The strap on mine would always come loose, super annoying.  You carry your ruck-sack, full of equipment, you're wearing your body armor with heavy old plates inside (the plates protect you from 7.62 rounds).. we had canteens strapped around our necks and our ammo vest strapped around the bullet vest. Helmets, safety glasses, long sleeve shirts, pants and boots.  All these things combined choked the shit out of you while you march (super fast) through the 105 degree heat.  You can't hold onto or adjust your straps because you have to carry your M16/M4 out in front of you the whole time with both hands (you're not allowed to strap it around anything.  All these things combined lead to pure misery...

Sometimes I would enter the Chow Hall for supper.  On a good day you would get 30 seconds to eat (you better learn to eat fast before you come to basic).  On a bad day, I would fill my tray with whatever food they were serving, go over to a table to sit.  As soon as my butt hit the bench, a drill sergeant would look at me and shout, "You're done!"  I then stood up, walked to the trash can and dumped a tray of untouched food into the garbage.  (This is after we already burned 20,000 calories that day doing horrible things).

An average amount of sleep during the first few weeks of basic training is about zero to 3 hours of sleep per night.  In the middle of the night they wake you up to do some form of physical punishment.

I dropped a piece of bread in mud and dirt one time, ate it anyway.. so hungry.

One cool thing you do in the middle of the night is crawl through a mud field with a 240B machiene gun firing over your head, real C4 bricks blowing up all around you, and some kind of Arabic prayer music chanting on loudspeakers from a tower of a fake synagogue.

Throwing grenades was one of my favorite things in the army.  They are so much more powerful and loud than they seem in movies.  Make sure you pull the pin and remove the handle clip thing.  If you don't, the grenade will remain live and stuck out in the middle of the range.

Near the end of basic training you go live on a FOB for a few weeks, a walled base just like the ones in Afghanistan.  Here you go out on fake missions and get attacked every night by enemies with blank rounds and exploding simulated mortars everywhere.  On the missions you use compasses and maps to get to cities and then clear all the buildings, kicking over doors and smashing computers and stuff.  This can actually get pretty fun...   Sometimes you clear buildings with paintball guns, full of enemies who are ready to shoot you back.

The hardest part of Basic Training is the lack of sleep and the lack of food.  I fell asleep standing up once.  When I was on the C4 range, I wanted to eat my C4.. it looked like a good marshmallow snack. 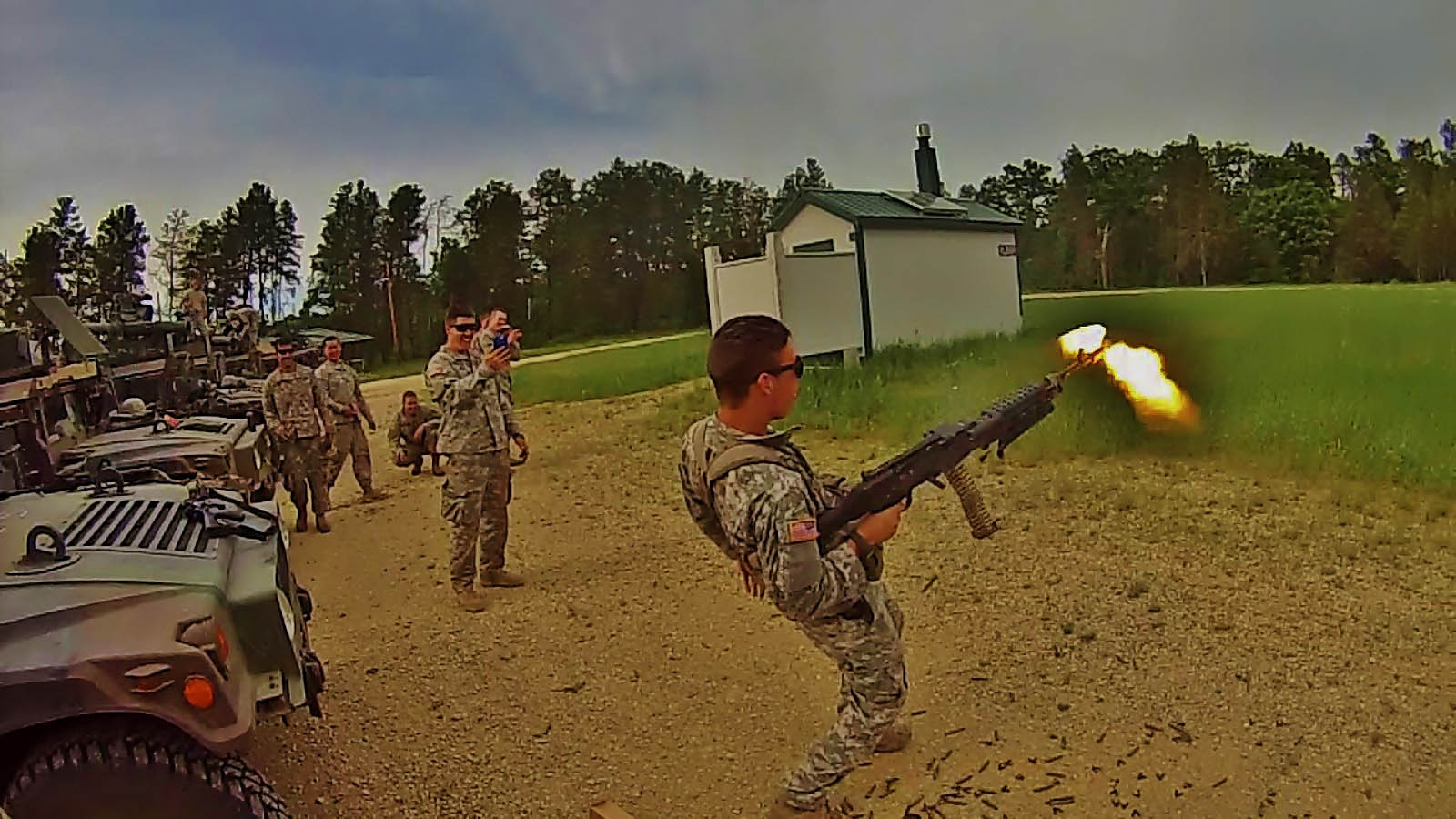 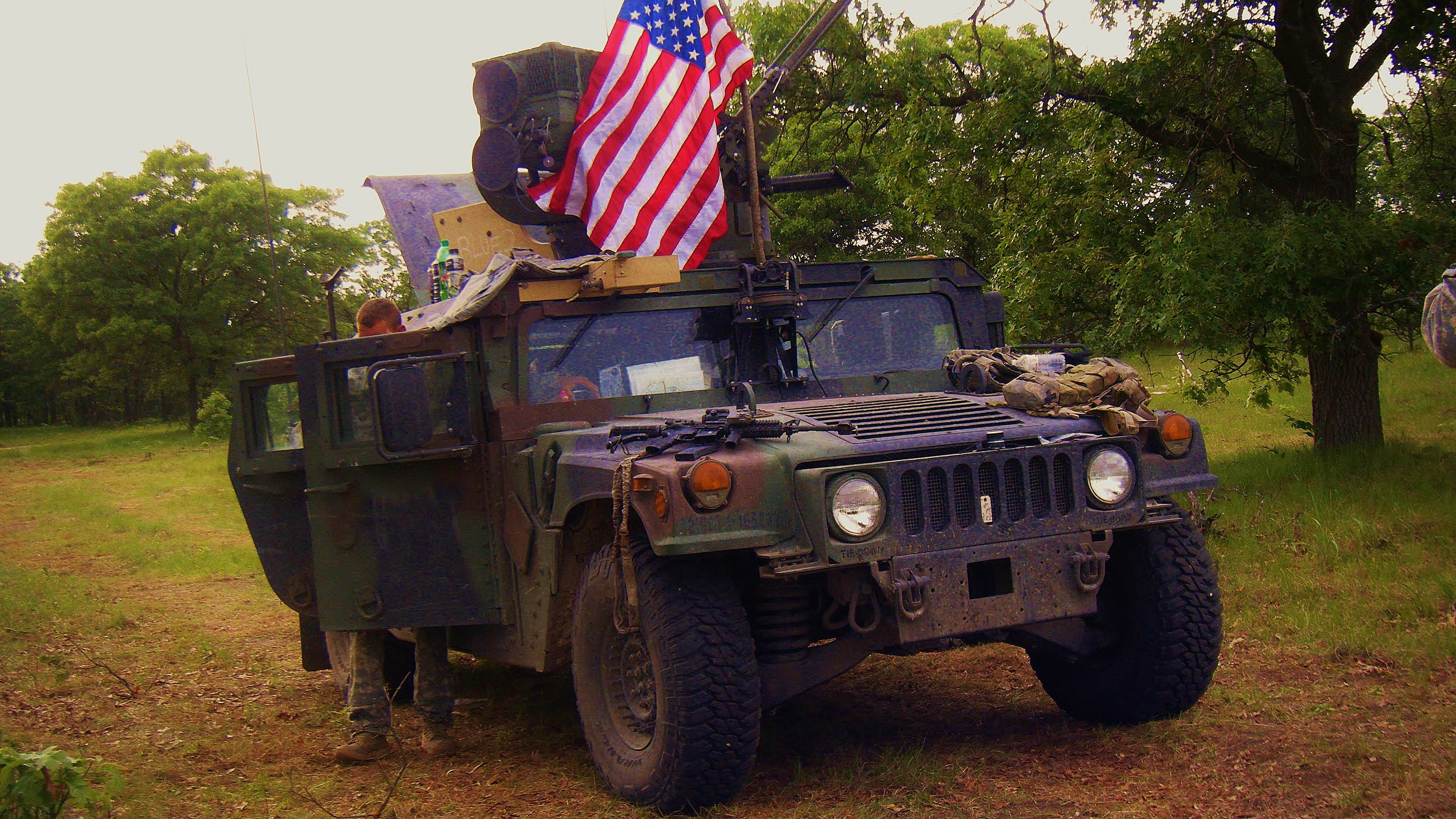 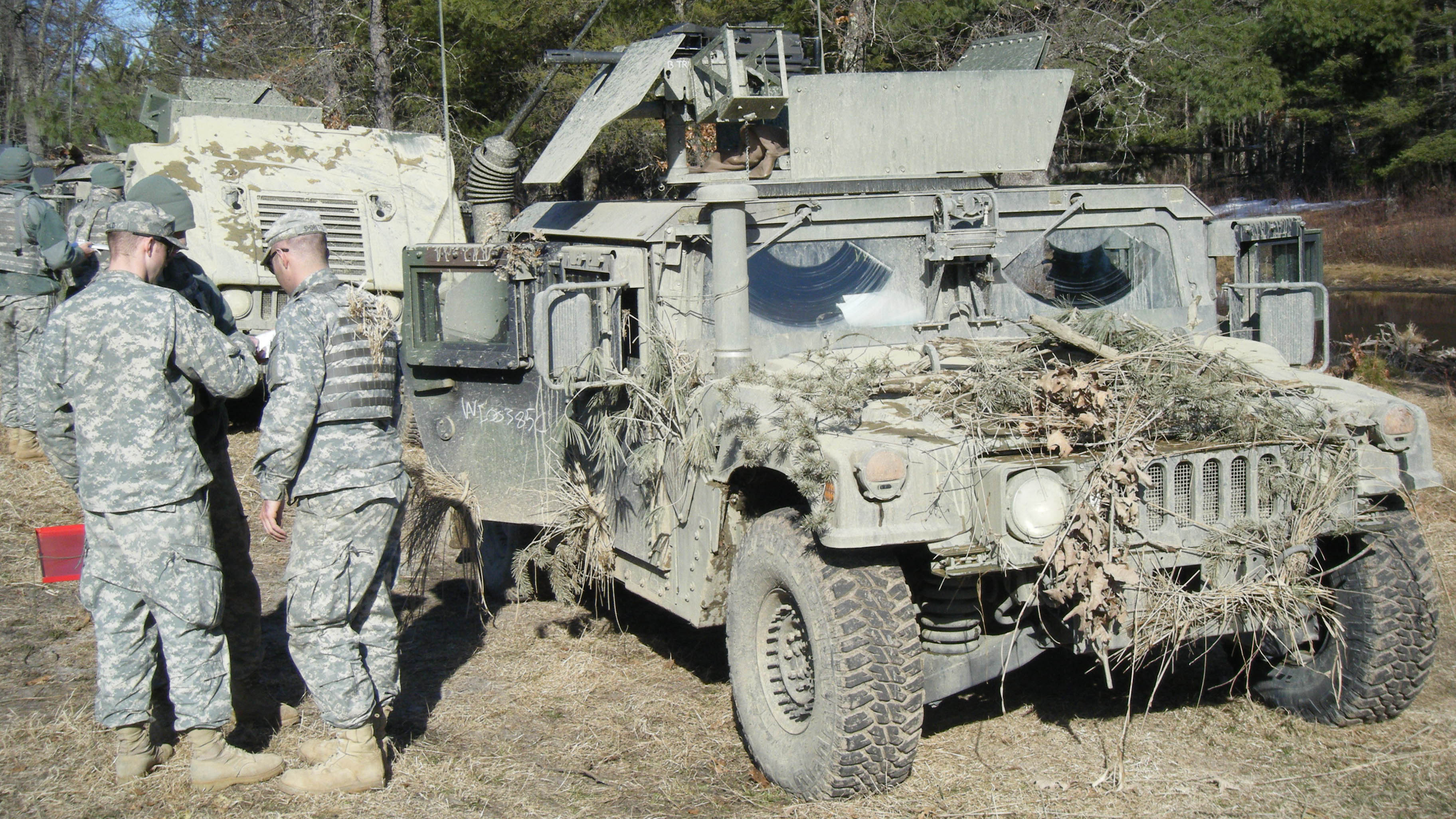 Pictures I took after basic training. 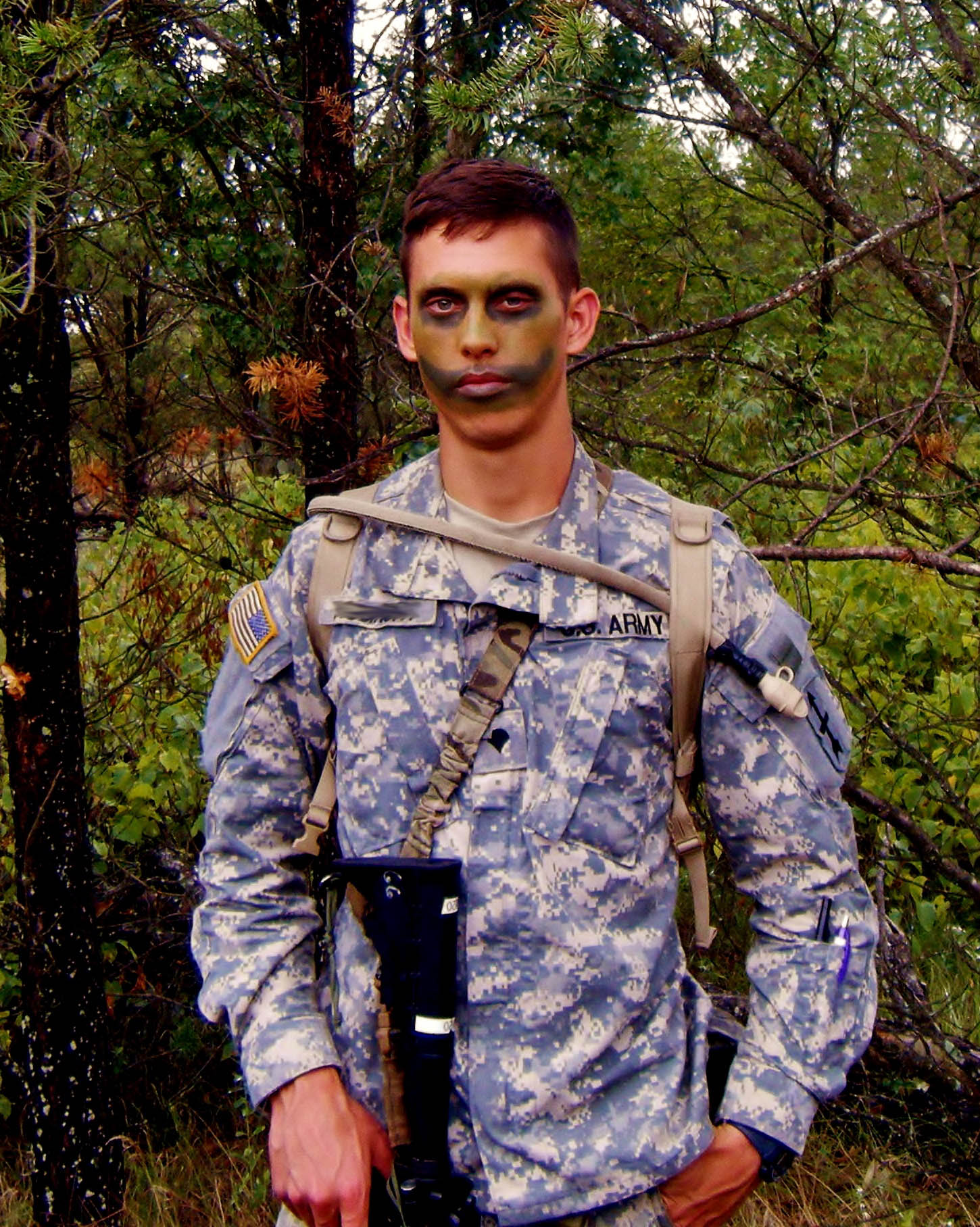 Some of my best memories are with friends in the army...

The Coolest Place in Utah