Home / How I became a stunt driver 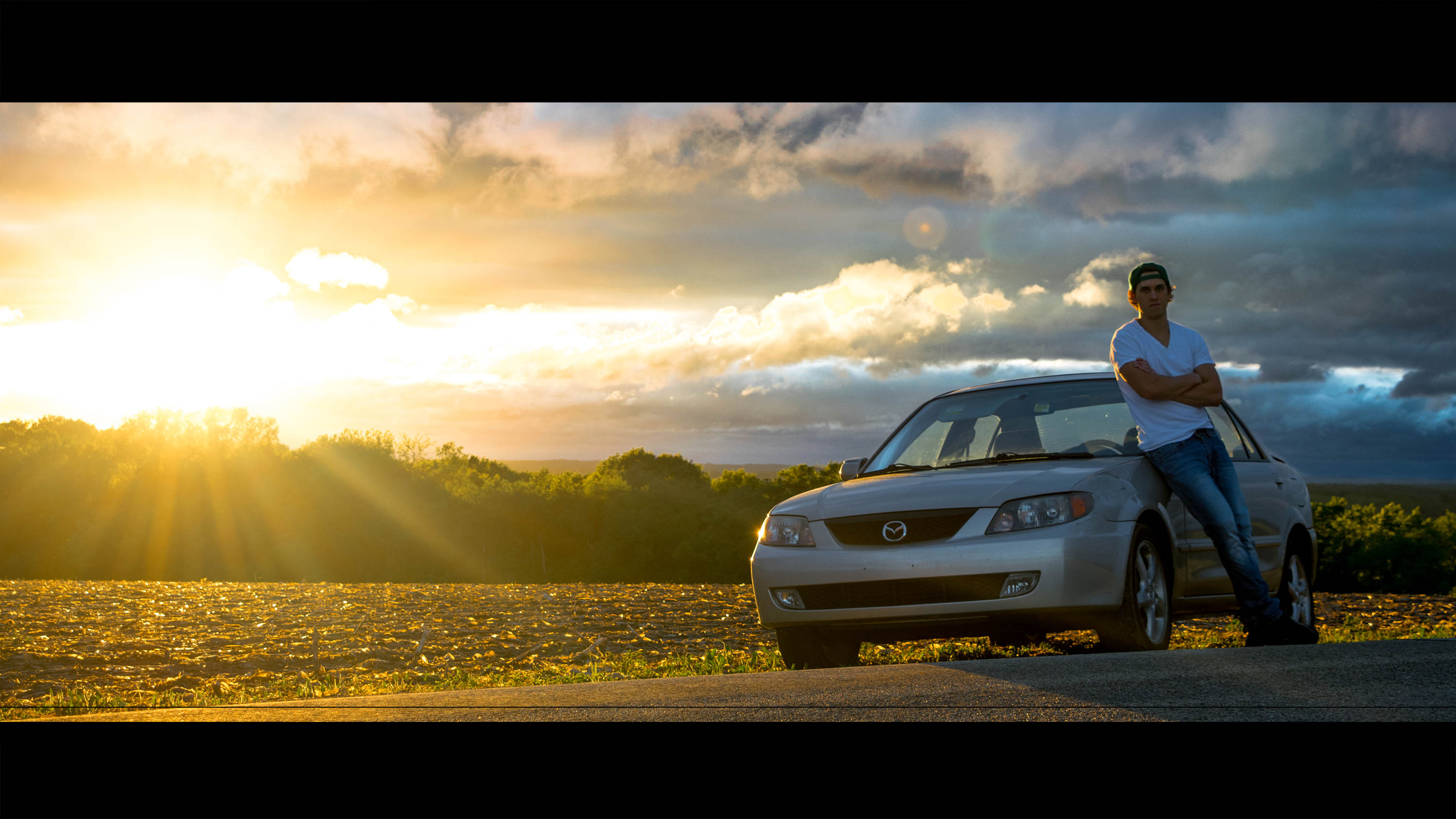 Just an old picture of me and my car, we weren't allowed to take photos on set...

How I became a stunt driver

I just signed up to become an extra two weeks ago.
Between then and now I've gotten four phone calls asking me to work on a show or movie.
One of the dates offered to me I could actually make so I said, "Yes"..

The casting office said they already filled their "Police officer" roles, so I would be just a normal citizen walking around in the background of the film.

I received this extra/background-actor casting invite and all this information about 16 hours before call-time which was the next morning at 6 am.

I showed up for my first call-time as an extra at the designated filming location in a small Georgian village, bright and early, a little before 6 am.  (The night before I "slept" in my rental car, woke up, went to a local Mcdonalds, took a shower in their sink, then showed up to set...)
I filled out some payment/tax paperwork (they call it a "Voucher").

After this, one of the PA's told us, "Get in line for wardrobe then hair and makeup."  There were about 50 or 60 extras in this room that were hired as extras.

While I was waiting in the never-ending line, one of the frazzled wardrobe department managers came over and eyed up half the people in line.  He pointed at me and said, "You! ... come back here."

I quickly hopped out of line and followed him to the wardrobe office which was full of 1980's clothing on racks and draped across the floor.

"Try these on..."  he said, handing me some brown police officer pants attached to a wooden hanger.  (They apparently didn't fit some other guy who was originally cast as a "1980's police officer").

I ran to the bathroom, excited about my luck, and put the new pants on.  When I returned to the wardrobe office, the guy muttered something about the pants being too short on me, pointing to my bare ankles, then said, "not a problem, we can just undo the hem."  He cut away part of the hem at the bottom of the pants, revealing an extra 2 inches of pant length.

I told him, "I've got black dress shoes in my car."

I got my shoes, the rest of my outfit, and another wardrobe woman sewed some police uniform patches on my sleeves.

The PA then instructed me to go to "hair and makeup."

I sat in the barber's chair, and she trimmed some hair away from my ears and neck, then gave me a 1980's comb-over which made me look like a 12 year old boy...

The PA told us to all go outside and meet up with the prop truck where they handed us some fake guns and other police gear.

After this we walked over to the film set, which was a road of a small town, completely blocked off from the usual traffic and surrounded by camera equipment along with the director, and his big-shot buddies.

There were four 1980's cop cars and two FBI cars sitting in the street as the DP (director of photography) was setting up some shots.  Some of the cars had a man sitting in the driver's seat but the squad car in the back of the set did not.

One of the AD's (assistant director) was telling us each where we should be standing for this scene and what we were supposed to be doing when it would become time to film.  He positioned me behind one of the doors of a squad car, said where the main actors were going to be, and that I was supposed to run up to this spot, then aim my gun at the "bad guys."

We were all wandering around a while during this, while the crew continued to set up their equipment.  The AD walked over to the cop car in the back and said, "You're driving this one, right?"  as he pointed to an older man in the back with a police uniform on.  The old man muttered something about how he forgot his glasses and wasn't able to drive the car...

The AD seemed troubled and annoyed by this man's remarks then glanced at me while I was walking near the car.

"Yeah."  I said, trying to use a normal, convincing voice.  Not to alert him to the many driving infractions I have under my belt, including a speeding ticket I just received in Canada a week earlier...

"Alright, you can drive this one."

"Alright."  I said, nodding my head as I walked over, opened old metal door and slid into the drivers seat.

Boom.  Just like that, my first day as an extra I moved up from "Towns Person" to "Police Officer" to "Stunt Driver."

Take the term 'stunt driver' lightly as I am obviously not driving off of jumps and through exploding buildings, but still... It was pretty neat...

The rest of the 13 hour work day we filmed the same 3 scenes from dozens of different angles.  In one scene I floor it up to the "bad guys" and slam on my brakes in front of them.  In another scene I burn out and drift around a cobblestone street corner, squealing my tires the whole time.  I must say this was one of the better days of my life...

The scenes we were filming were of the climax of the movie.

The final scene was all of our cop cars essentially driving off into the sunset, with my car in the rear.  So I may be the last character/car you see in the movie as it ends and the credits roll.

But, look for me in theaters in 2017, and know that that one 12-year-old looking cop with that ear-to-ear grin across his face as he burns out around the final street corner, is none other than Kevin from 1lifeonearth.com  🙂

Call time:  This is the time that you are supposed to show up to set to get signed in and ready for the film day.  It is advised to arrive early.  My call time was 6 am and I think that's common.

PA:  Production Assistant.  Basically this is the guy who does all the work.  He manages everything and tells everyone on set where they need to be, when, and what exactly is going on.  The PA on the set I was working on was the man who let me be the 'stunt driver.'  So a special thanks to that guy!

Extra:  This is what I was.  A background character that doesn't usually have any lines.  I'll write another blog post about how to become an extra HERE .

Stand in:  This is a person who looks like and has the same hair and complexion as an actor.  When the actor isn't filming a live scene, he's off in is Escalade drinking lemonade.  The stand-in takes the actor's place on set, and the crew works on the cameras, focus and lighting while the stand-in is standing where the actor would be standing.  So everything is ready and in focus when it becomes time to shoot for real.

Photo Double:  This is a person who is actually in the movie when the real actor isn't available for use.  A scene with a photo-double would only show the photo-doubles hands, or back, or legs or whatever, just not show his face.  To make the audience think this is the actual actor when they watch the final product.

How to become an extra

in movies and TV

The land of ice