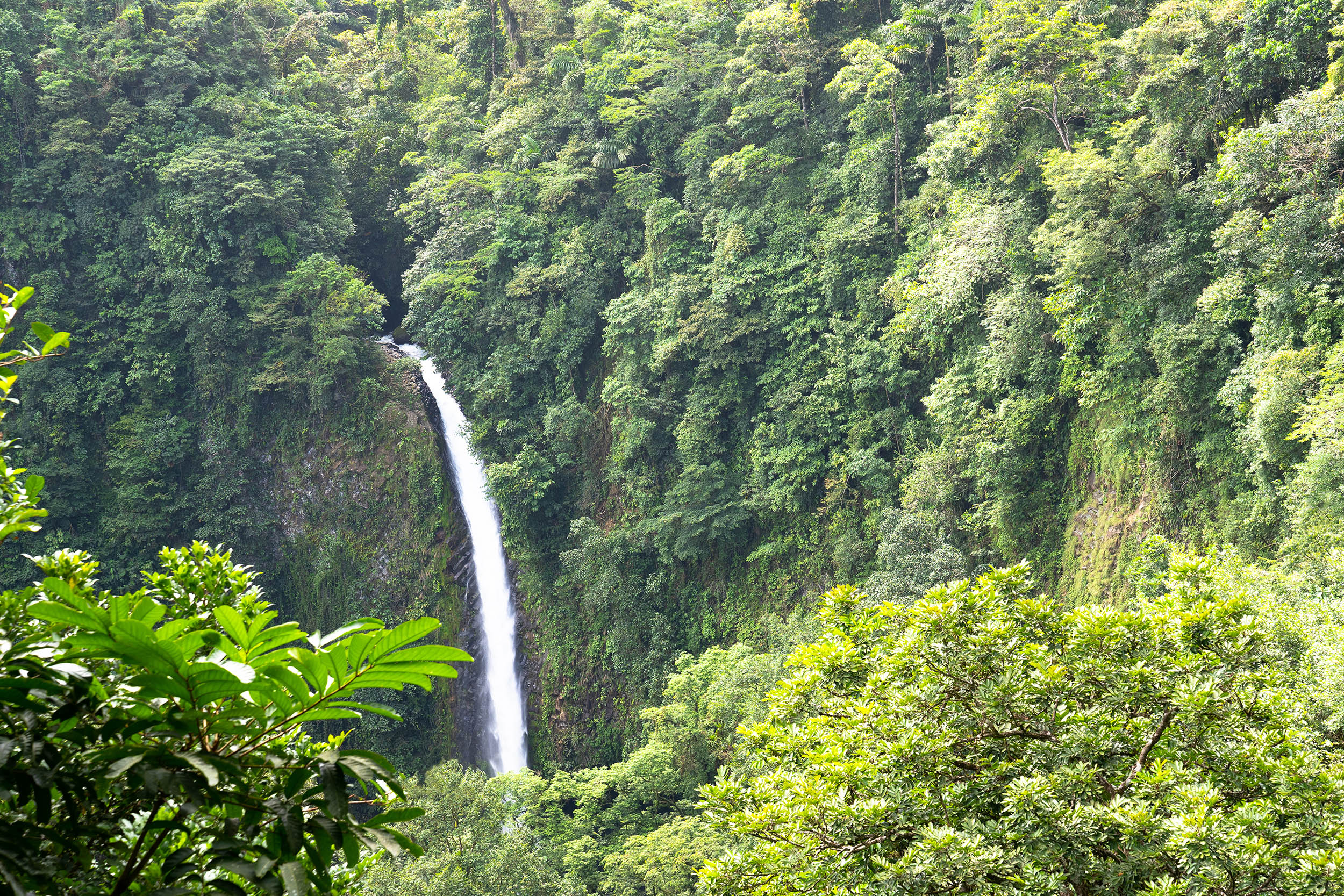 My brother and I stepped off the plane in Liberia.  Immediatly we felt the 93 degree (F) weather.  Not only was it 93, but it was sunny and extremely humid so pack accordingly!  We got into our oven/rental-car, and started driving toward the town of La Fortuna.  Two to three hours, and many winding-roads later, we arrived.  That night we slept at some lady's house/airbnb.  She was super nice and her, her son, and their dog showed us around.  The next morning we woke up and drove straight to La Fortuna Waterfall.  When we arrived, we parked in a designated parking lot and purchased an entrance bracelet from the people working there (about 10 USD per person).

The hike is more of a walk, a walk down about 700 steps if I remember correctly, nothing too difficult.

Once we got to the bottom, we saw La Fortuna waterfall.  It was pretty impressive and there's a giant pond below where the water hits the ground.  The water is very deep and clear and blue.  It was also pretty cold.. Freezing actually, at first, but after you force yourself to jump in, it becomes very tolerable.  My brother Michael and I jumped in, froze for a second, then started swimming toward where the waterfall crashes into the pond below.  The waves pushed us back to shore and we hung-out there for an hour or two.

Later that day we decided to bush-whack our way up Chato Volcano near Arenal Volcano.  This was insanely difficult and took way longer and more effort than we thought it would.  It was also probably kinda dangerous considering all the weird and poisonous/venomous animals that live in the Costa Rican Jungle.  For hours-on-end, we grabbed at trees, vines, roots, and rocks.. climbing our way higher and higher.  We saw toucans, armadillos, weird Costa Rican raccoons..  Eventually we made it to the top of Chato Volcano and into the clouds.  We could see the green lake below in the crater and climbed down closer to get a better look.  It was kinda hard to see because of the clouds.  This hike was an example of the journey being the fun part, not so much the destination.  We had an hour or two before sunset and started hiking down through the jungle as fast as we could.  Luckily we brought our headlamps as it got dark on us about midway down.  After the hike, we were insanely sweaty and covered in mud so we went back to La Fortuna Waterfall and the bros there let us in after-hours to take a shower!  Follow us on Instagram if you wanna check out our latest extreme shenanigans:  https://www.instagram.com/1lifeonearth/

If you wanna check out airbnb, use my code to get 20-30 bucks off if you want, thanks!  https://www.airbnb.com/c/kevink151?currency=USD 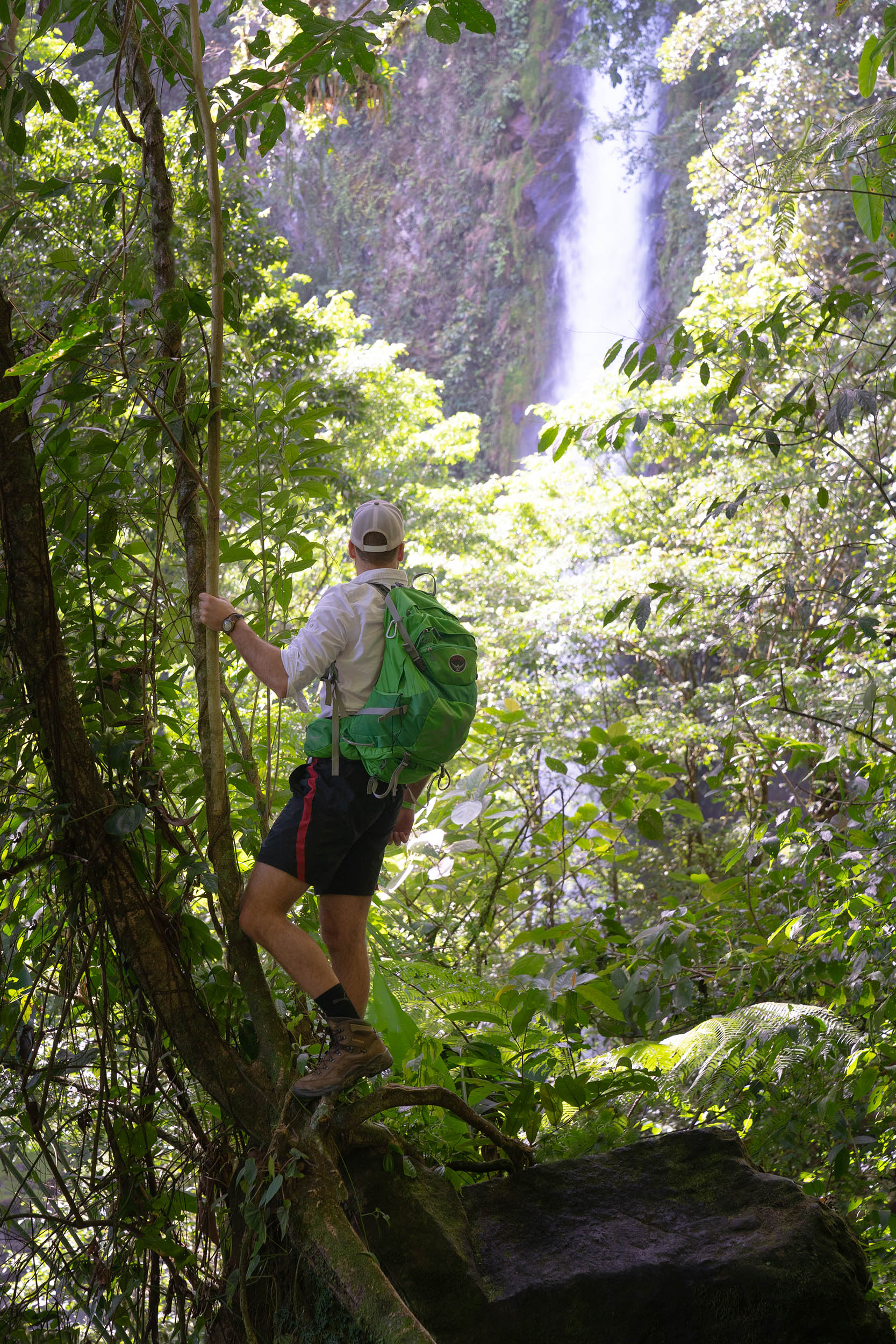 My brother Michael looking at La Fortuna through the jungle 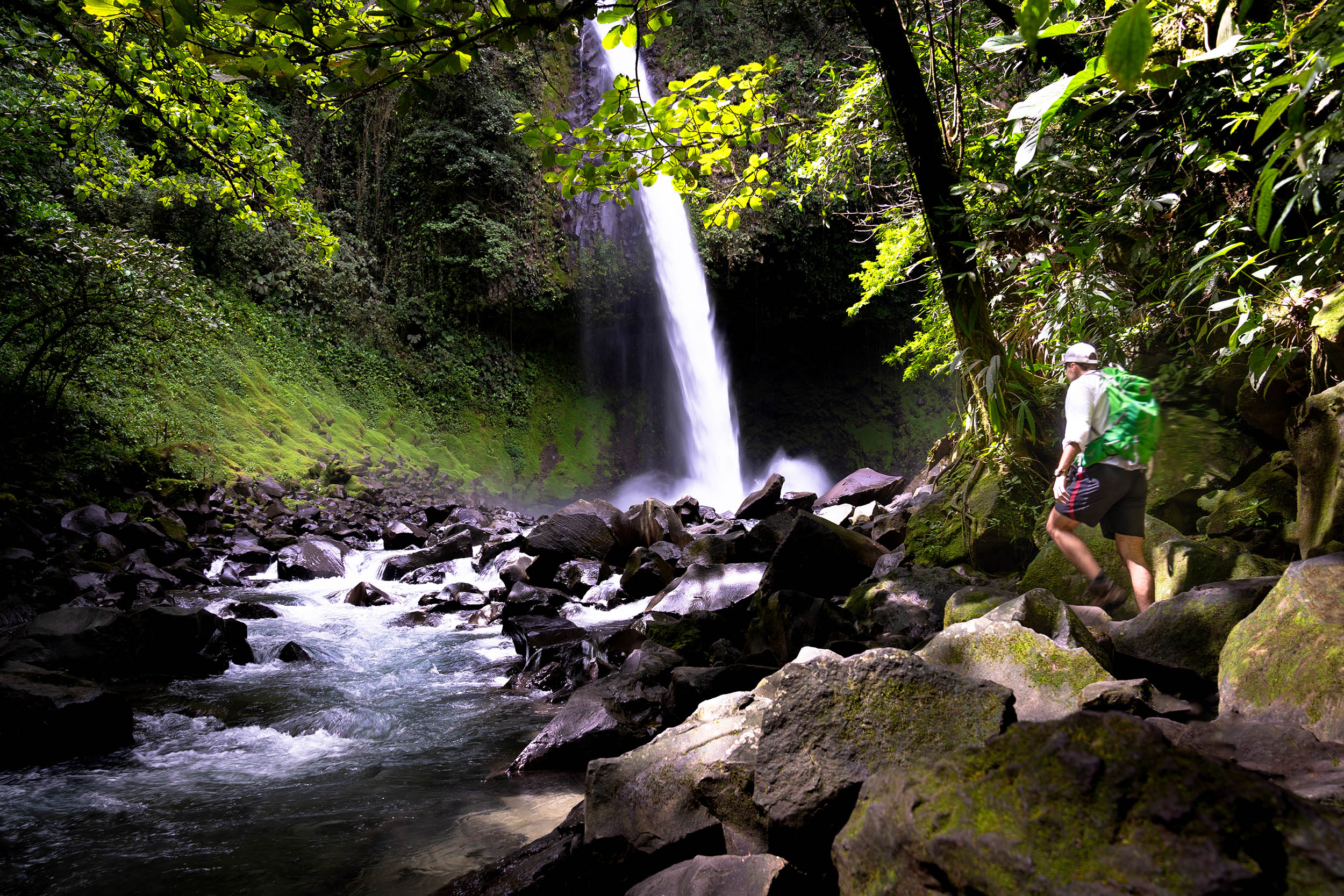 Michael as we hike toward La Fortuna Waterfall 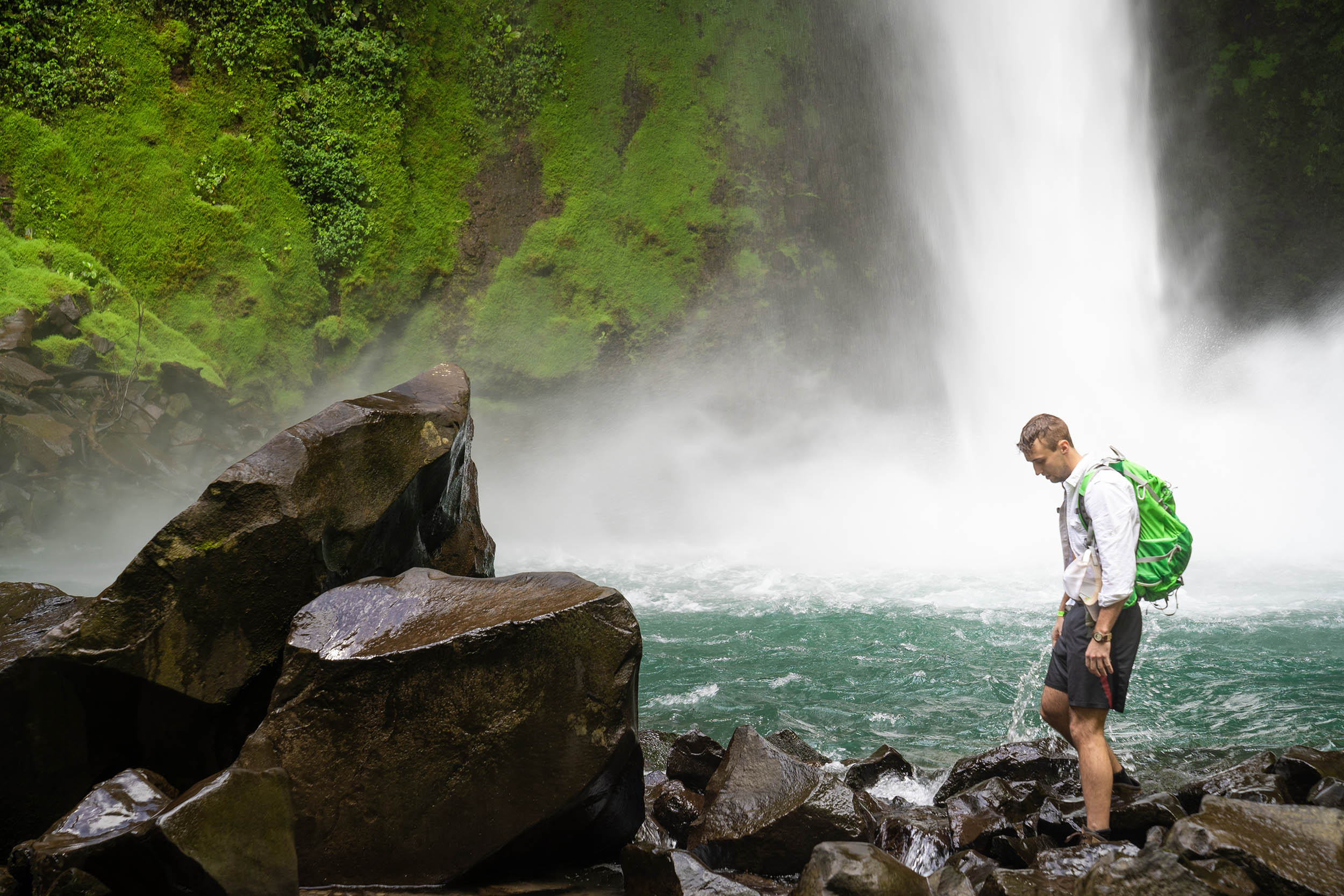 Michael thinking about how cold the water is 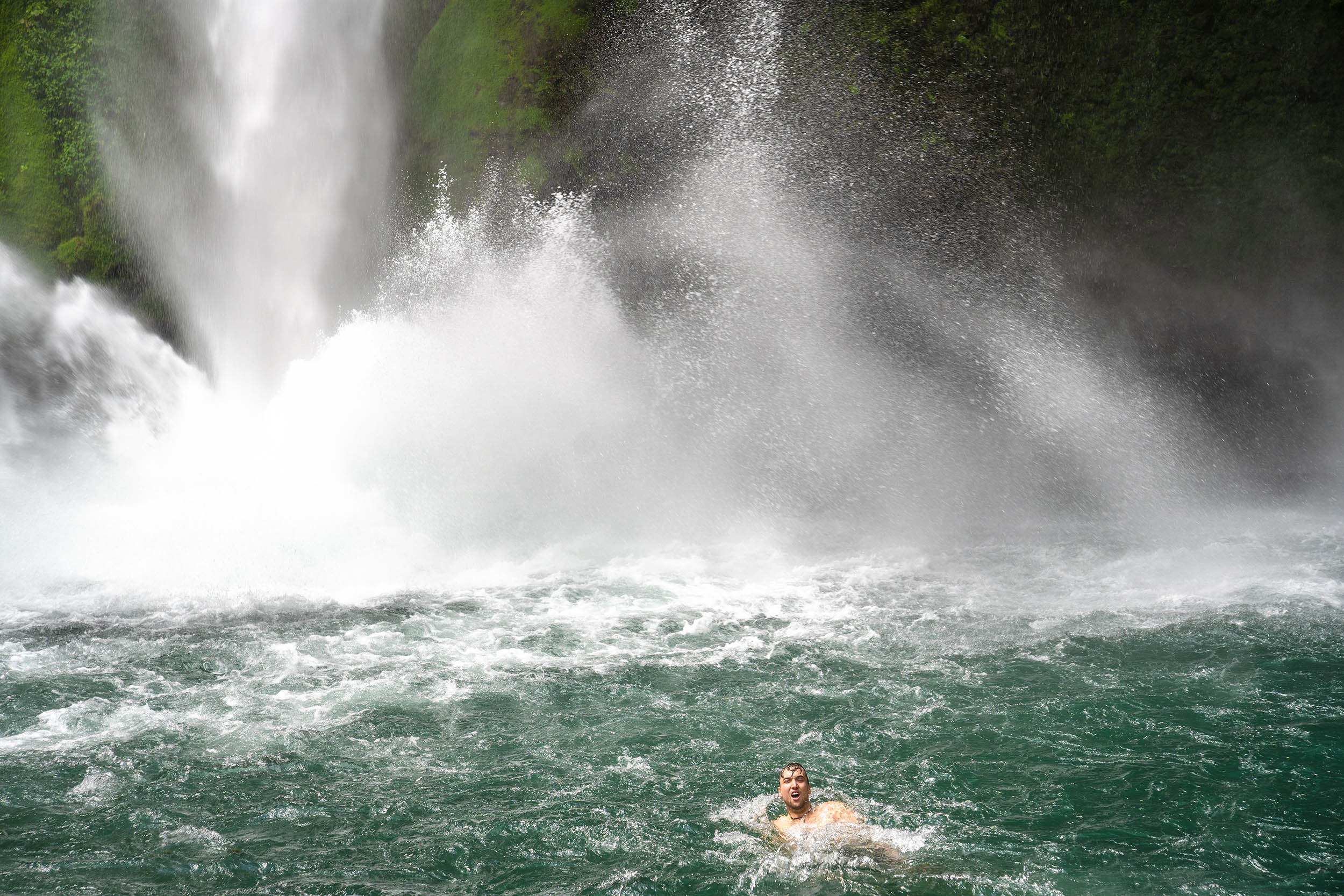 Michael drowning in the water as I take pictures 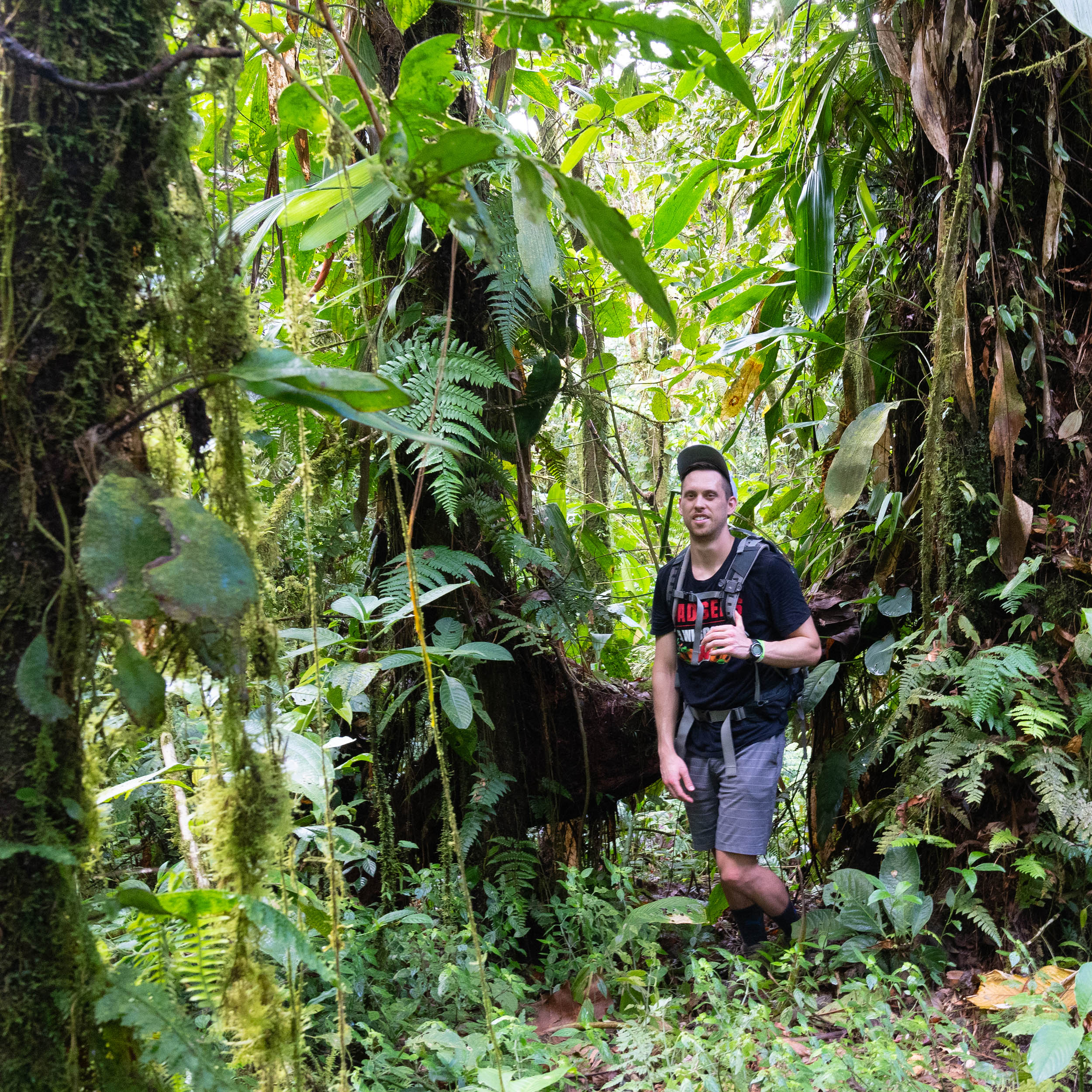 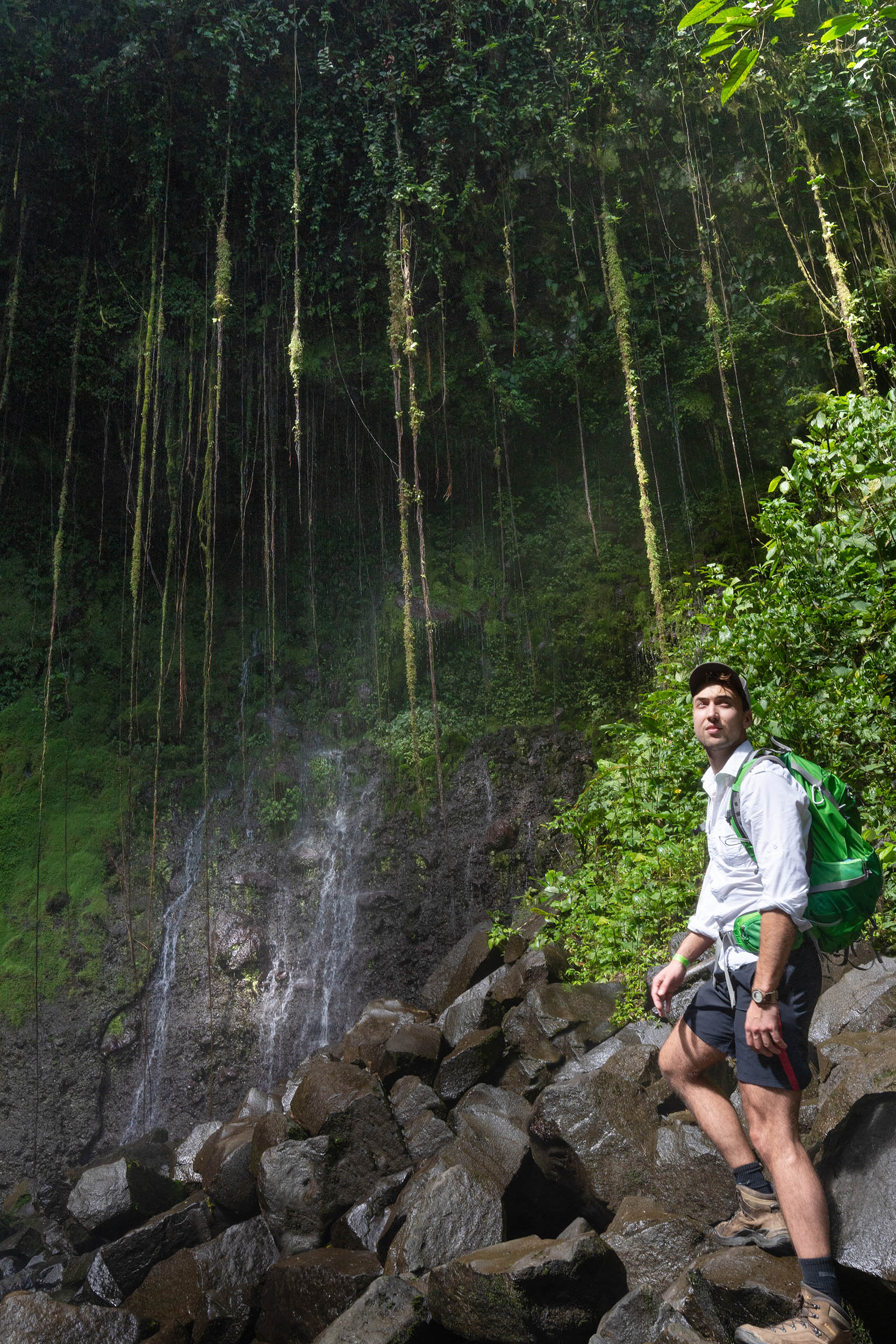 Michael doing a superman pose by some vines 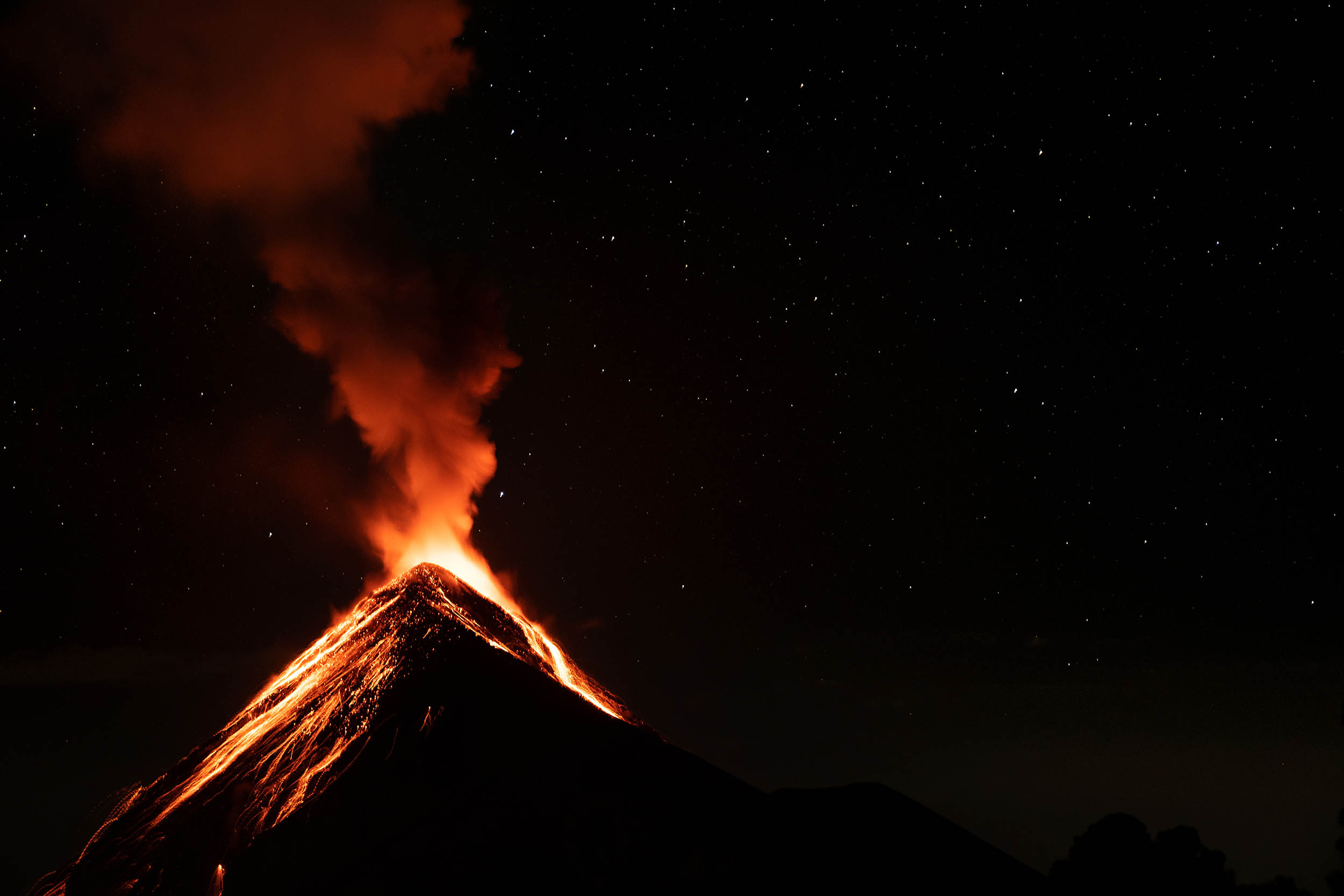 Climb an erupting volcano in Guatemala

The Hardest Hike In Hawaii 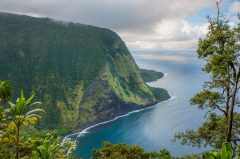 How to Hike from the Waipio Valley to the Waimanu Valley and camp at the... Read More