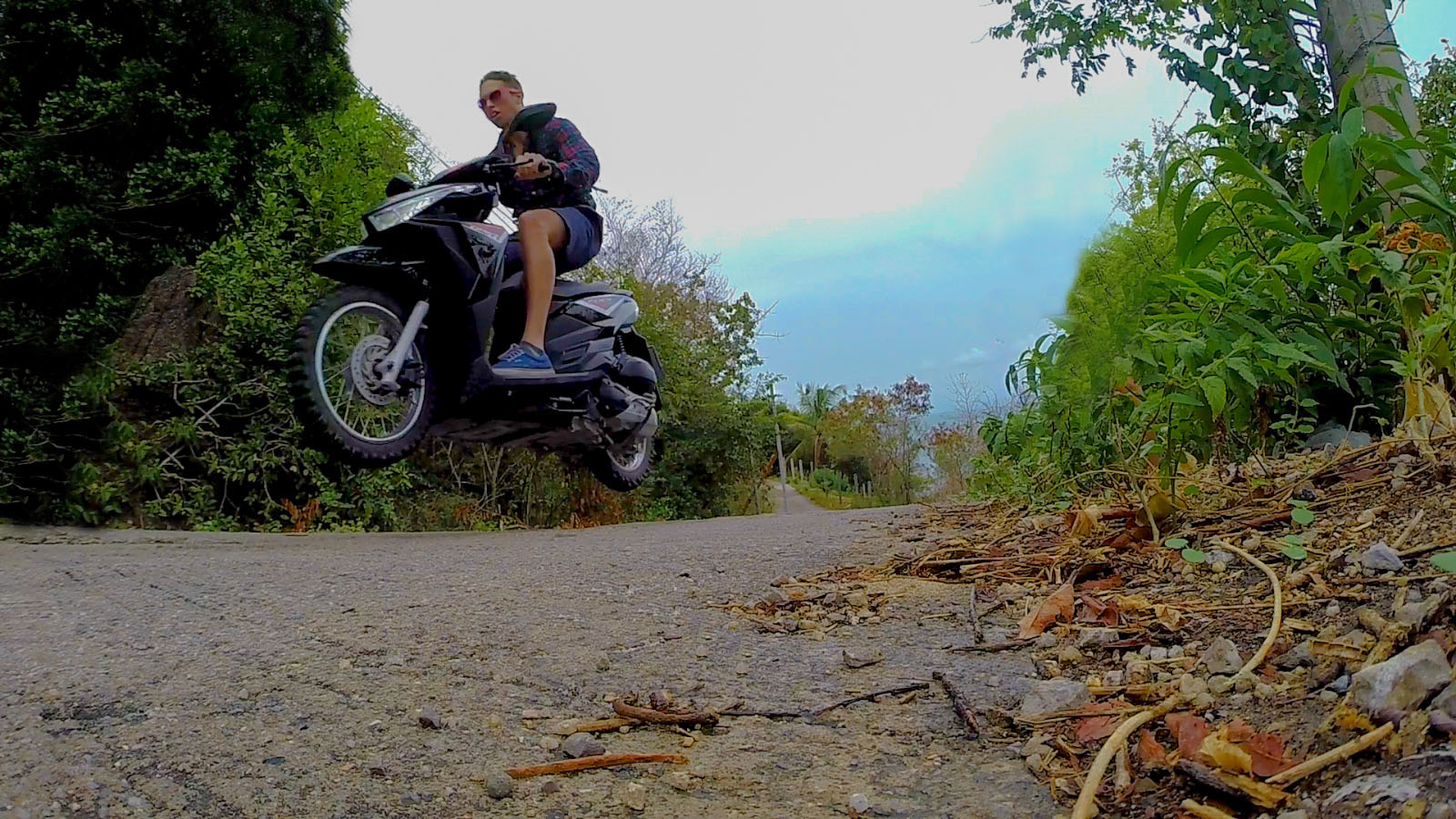 Renting a Moped/Scooter in Thailand

The easiest and most exciting way to get around Thailand is to rent a moped!  Me, Shay and Tyler rented mopeds for multiple days on two different islands in the south of Thailand, (Kho Samui, and Kho Tao).  If you find yourself on one of the islands or in a rural village, there is absolutely no better way to have fun.

How to rent a Moped in Thailand

Once you arrive on one of the islands, get off the ferry, walk into the city, look around at one of the dozens of moped-rental shops, and find a place you like.  This isn't really a place for price-haggling since the prices are pretty much set ahead of time, and these guys really can't be making much of a profit.  The mopeds cost only 150 Thai Baht per day ($4.19 USD), 200 Baht for a nice, brand new 125cc moped, 300 Baht for a small motorcycle.  Those are flat rates, there are no hidden fees or any extra costs or taxes like at a car rental company.  It's 150 Baht per day, period.  You sign your name on a piece of paper, give them one of your passports, and that's it, you have a moped for however many days you wish. 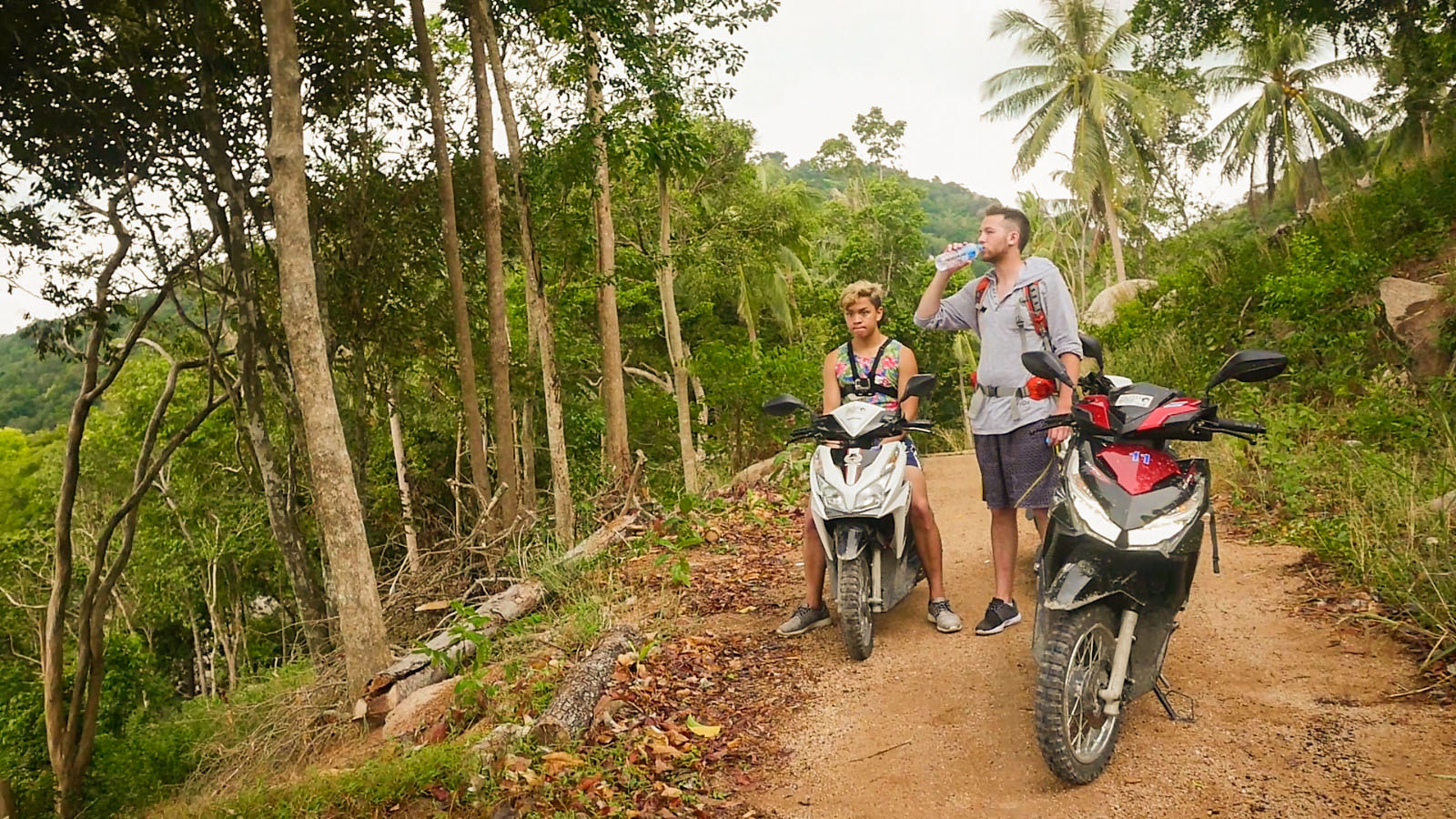 Our first rentals were from some lady who gave us some pretty beat up mopeds on the island of Kho Samui.  They worked just fine, but they were covered in dings and scratches.  The moped I was driving later broke down on the other side of the island.  I took off my belt, tied my dead moped to Shay's functioning one, and had him tow me all the way back to the rental place.  The lady quickly gave me a replacement and we were swiftly on our way.

The second place we rented from, on the island of Kho Tao, the mopeds were brand new and super awesome, sparkling clean and in perfect functioning condition.  The owner took literally 20 pictures of each scooter to document their condition and then we drove off...  No more than 20 minutes later, we were driving down a steep dirt road, Tyler hit a bump and crashed his moped into a pile of jagged rocks.  His self esteem was badly injured and so was his moped.  Now the fresh, new paint had scratches all over it (not terrible) but noticeable.  Two days later when we returned our mopeds to the rental place, the owner noticed these scratches, looked at his cost-to-fix spreadsheet, and Tyler owed the man $300 USD.

Lesson:  Don't rent brand new mopeds if you think you're going to crash them... 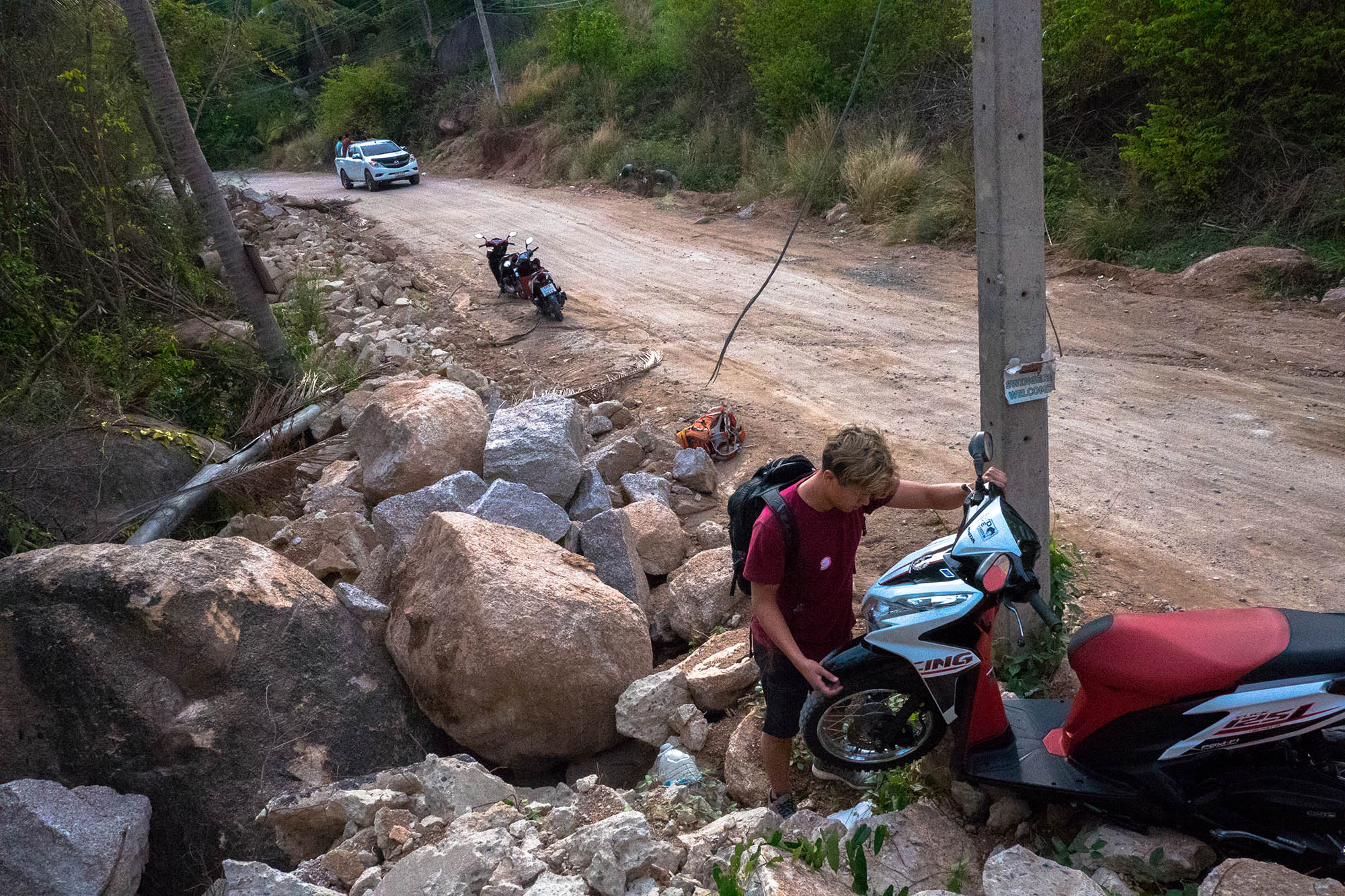 Is driving a moped in Thailand safe / easy?

How much does it cost to rent a moped or scooter in Thailand?

Do you need a drivers license to rent a moped in Thailand?

What's better, using a taxi, or renting mopeds in Thailand/Bangkok?

How much gas does a moped use / Is gas in Thailand expensive?

Where is the best place to rent a moped or scooter in Thailand?

Do I recommend renting a moped in Thailand?

My GoPro backpack clip I use:  http://amzn.to/1RRPoKH 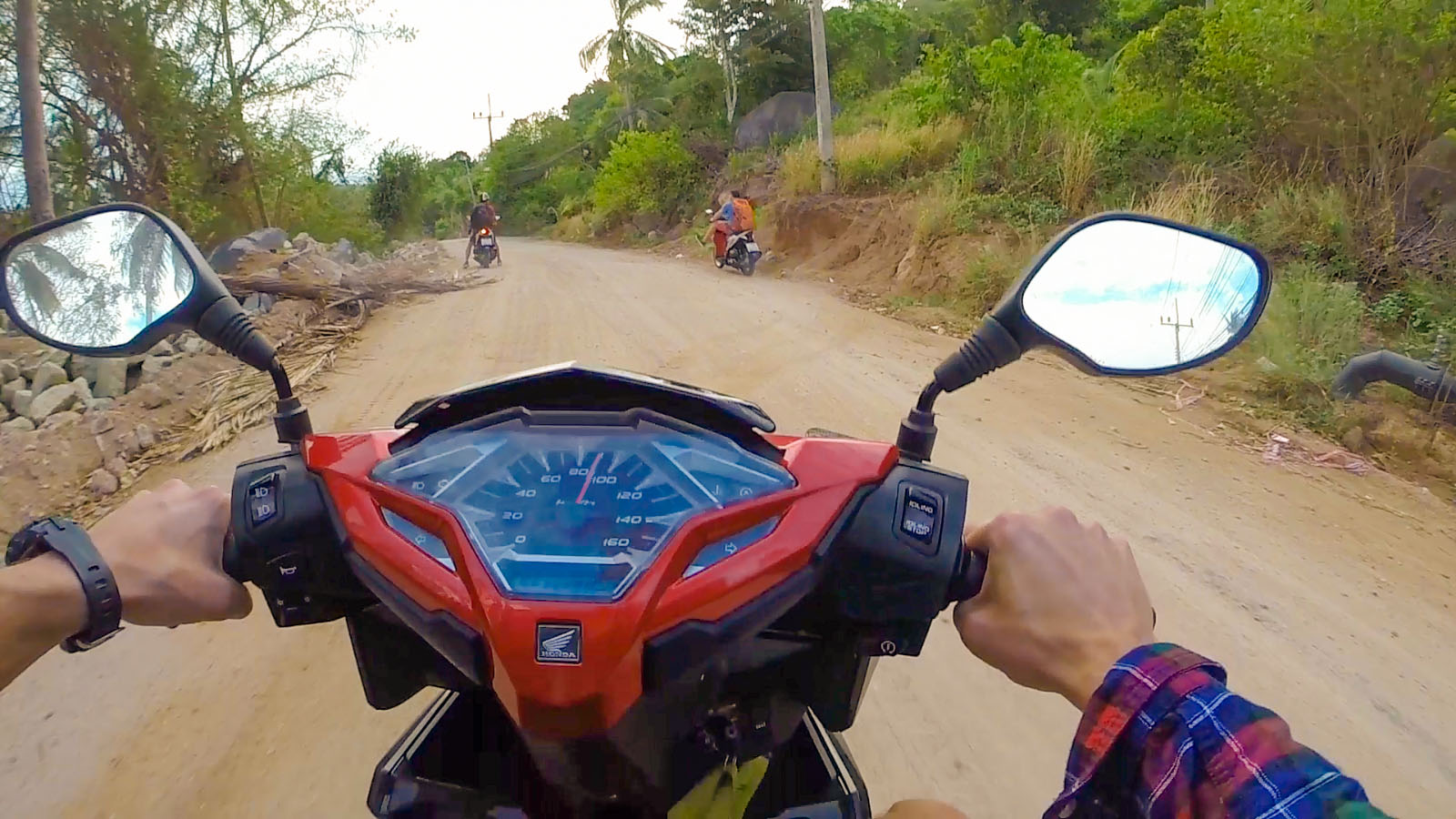